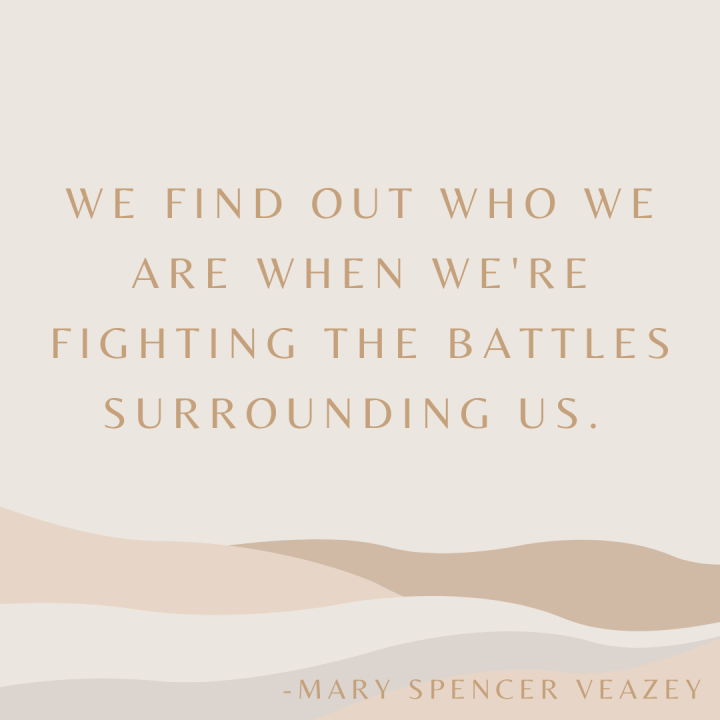 We all can agree on the simple fact that 2020-2021 hasn’t exactly been the season we planned or hoped for. We’ve lost people we loved. Jobs have been lost, hard decisions have been made, and often it feels like there’s no gas left to put in our tanks. We’re running on empty.

I’ve been thinking a lot about the joy that’s been lost. Life for me hasn’t felt as carefree as it used to be, and I want to get back to that mindset. I don’t like that satan has stolen a little bit of my happiness, but none of us have known how to navigate the past year.

This morning at church, the pastor asked a question, “What kind of person are you in the deficit?” Who are we when we aren’t living in surplus? What happens when hard times present themselves?

Our character isn’t revealed in the good times; we find out who we are when we’re fighting the battles surrounding us.

The pastor preached this message on the story of Daniel. Daniel was in the lion’s den, and we know how his story ends because it’s already happened, but when he was thrown in he had no idea what the end result would be. Would he make it out?

Daniel didn’t know how his story would end, but he knew who was in control of his destiny.

And this is what the pastor said: “If you’re in the lion’s den, you must be a lion tamer. If you want to find your destiny you have to find out how to make a difference with the deficit. Deficits aren’t life sentences.”

If today you’re feeling stuck, trust that God can and will give you every resource to tame the lions or the seas or whatever you’re up against. And with this I’m preaching to myself: Change your mindset from “Why me, God?” to “Use me, God.” Whatever that looks like. However He wants to reveal himself. Use me, God. Change me and break down the walls.

You don’t have to sugarcoat the hard times, but moving your mindset to one that finds the good and is seeking positivity can not only change you, but also the people around you.

Become a lion tamer. Ask God to fight the battles ahead on your behalf. Don’t quit before the miracle.