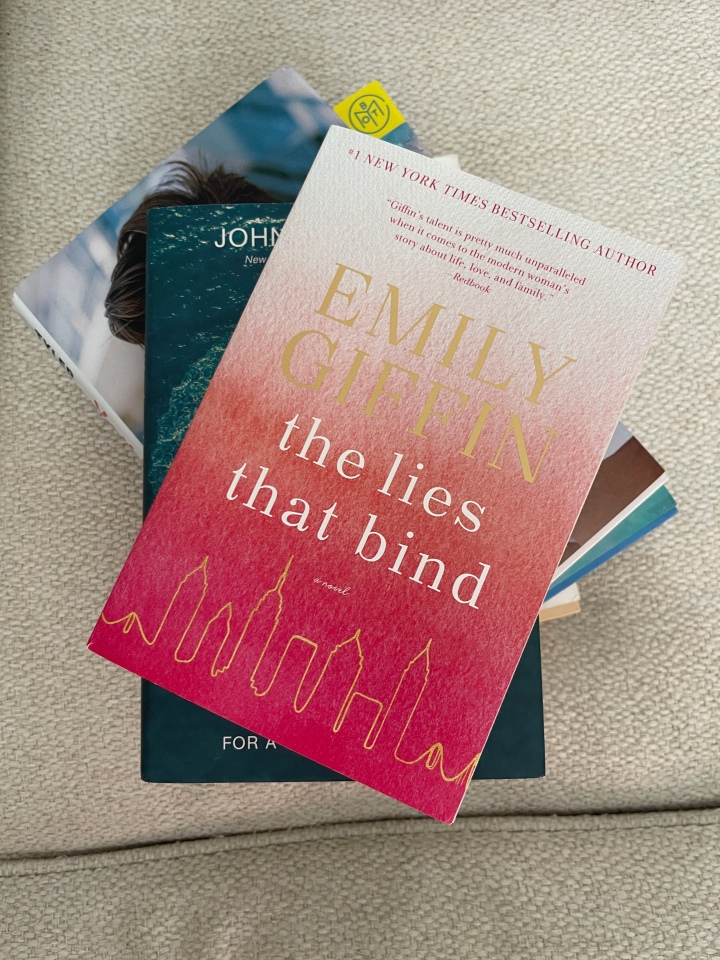 I became an Emily Giffin fan after reading one of her books that was based in Nashville; her reads are always quick and draw you right in from the start. A pretty easy read for those that don’t love reading!

Rating: 4/5 stars. The only thing about this one is I felt like I’ve read a few books that are similar when it comes to being about 9/11 and its aftermath.

Summary: Cecily and her longtime boyfriend have just broken up, and she plans on drowning out her sorrows at a dive bar. Questioning her decision about breaking up with her boyfriend, she decides to give him a call until a complete stranger named Grant tells her that might be a bad idea. Cecily begins talking with this complete stranger. The conversation is great, but Cecily isn’t looking for a rebound. They say their goodbyes but quickly meet back up again and realize that they may really have something worth hanging onto between them.

Then, 9/11 happens and Grant goes missing. His company lost many people on that day, but Cecily doesn’t lose hope and goes looking for him. As she begins her search, she sees his face on a poster and realizes she’s not the only one looking for Grant. Cecily begins to realize Grant may have some skeletons in his closet that he didn’t mention. Definitely a good read to kick off the year!